How did Ping.FM blow by Utterz?

Looking from the outside, Utterz looks like it has a superset of the features offered on Ping.fm.  Both sites claim to allow you to update multiple social networks from a single log-in.

Here is what they list on the respective pages... 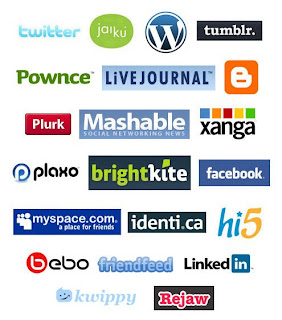 While there are differences, the lists are roughly equivalent.  When you compare feature sets, however, Utterz appears to offer more.  Ping.FM bills itself as "a simple service that makes updating your social networks a snap."  In addition to this Ping.FM's cross-posting feature, Utterz shows itself as a destination for discussions from "any mobile phone or computer." It goes on to say that "Utters are cool because they can be audio, video, pictures and text, and it's really easy to post to your other online profile pages." So in addition to cross-posting, Utterz is it's own network and that is the problem.

In my Twitter stream tonight, someone suggested we all jump over and check out Utterz.  I have previously ignored the same requests for Ping.FM. I decided that I might like the idea of cross-posting some time and wanted to know where to start. That got me to pull up the following graph on Compete:

Do you see what I see?  Utterz is first to market and with more features. After giving a six month head start to Utterz, Ping.FM arrives and then proceeds to blow by Utterz in four months.

Why? How does that happen?

Well, I may find out more on this story in the next few days or weeks, but my guess is this:  Ping.FM is a specific solution to a specific problem and has a low resistance for adoption.  It's easy to say "yes" to Ping because it doesn't attempt to displace anything you are currently doing. Ping.FM enhances your existing relationship with Twitter and other social sites. It doesn't attempt to replace it.

The Utterz home page, however, suggests that in addition to it's cross-posting feature, it is a community. That may be the rub. I suspect that some people take a look at the time requirements of being involved in one more community and say "No thanks."

The Hidden Cost of Ownership for free on-online services like Twitter, LinkedIn, Facebook and Plaxo can be heavy time requirements. To create, grow, and then benefit from an online network requires a lot of activity.

Twitter reduces the cost of saying "Hi" to a friend from ten minutes to 2 seconds. This reduction in time allows us to stay connected to dozens of friends and hundreds or thousands, or yipes! tens of thousands of followers.  When the cost of staung connected to a single conneciton drops so close to zero, we find ourselves filling that time by adding more messages and connections into the queue.  We go from the extreme of rarely calling our friends on the phone to maintaining casual relationships with hordes of people. Maintaining connections with lots of people, can take lots of time, even of it's only a few seconds here and there.

Having built our network of contacts and messages once, presumably on Twitter, we are unlikely to want to begin that process anew on another network. The cost of rebuilding that network is too great and we are unlikely to do it just because the new one has a couple of cool, new features.

What does Utterz do about this problem?  Probably nothing.  There is no reason at all they can't grow and fill a niche of people who simply love their service and have managed to build a significant network of friends there. Why not? One day the crowd may grow tired of Twitter's free but flaky service and finally fly off to something new.