Is the Productivity Pack a good deal? 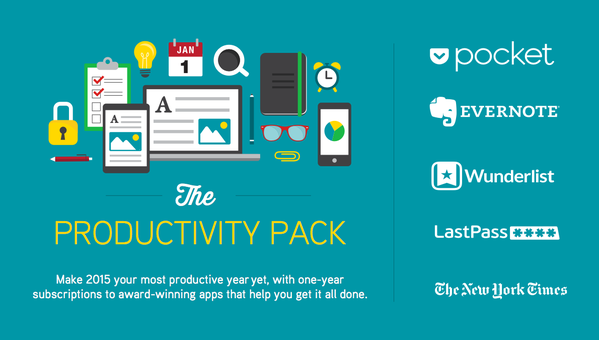 UPDATE (2015-2-6) : Now a three month Dropbox Pro subscription has been added to the deal. (You get it even if you have already paid.) This makes the deal even sweeter -- if you are into good deals.

On Tuesday, the Productivity Pack was revealed. It offers the awesome Evernote, password manager LastPass, to-do-list app Wunderlist and the read-it-later service Pocket bundled premium subscriptions to all four services in a single “Productivity Pack” for $59.99

I have used all four services at various points in my software evaluations. At this point I pay for Evernote Premium, which is $45 per year and LastPass Premium at $12 a year.

If you aren't using these apps, then maybe you should be giving the free versions a whirl. If you're quick to make decisions on these things then you can get that first year at a discount.